Haiti is a place we only read about in the newspapers, a far off, grief-stricken land we see on television.

I recently had the opportunity to visit Haiti and found a place of strength, complexity, beauty and incredible contrasts.

Haiti’s bold colours are undeniable – from the rainbow tap-tap trucks to the lush green mountains, and yes, sadly, the piles of garbage and waste that accumulate roadside in the shocking slum areas. Haiti certainly has her work cut out for her, but rather than seeing a place of complete despair and disrepair, I found a place that has its own order to the chaos, and a strong resiliency among her people. 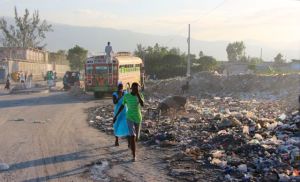 I had the privilege of traveling to Haiti with country singer Paul Brandt and his Build It Forward Foundation, which had helped fund a new soccer field, playground and the construction of a church in one of the hardest hit areas of Port-Au-Prince.

Much had been damaged in the 2010 earthquake, but step by step, with heroic measures by those on the ground with a vision, simple places of peace, joy and service such as churches, schools, clinics, and playgrounds are slowly being restored. 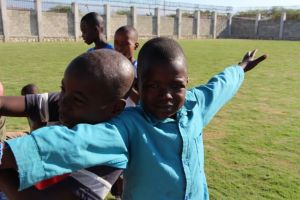 The streets are where life happens in Port-Au-Prince. Nearly every imaginable consumer good is sold on sidewalks; makeshift stands, carts and people on foot selling fruit, cell phones, remote controls, liquor, prescription drugs, pop, water, clothes, gadgets and more. These mobile marketeers wedge and cram themselves into their preferred micro-piece of concrete real estate with the hope of a buyer for their goods.

Heading out of Port-Au-Prince into the countryside is just as much of an eyeful as the city itself – where I expected to see desolation, I saw fresh running water, fields of sugar cane, towering mountains, small burgeoning farms, all on the cusp of the hope of something better.

As we rose higher on the narrow, rocky, winding roads, the vegetation changed again and again, and soon the air filled with a familiar scent: a pine forest rose among the clouds in Haiti’s mountaintops. 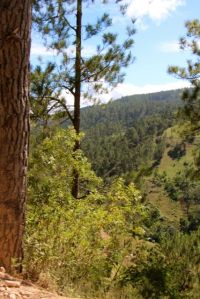 It’s near here that we visited a successful coffee cooperative, with careful workers processing beans by hand and slowly but surely establishing themselves as a small but hopeful contributor in the world’s coffee market. After witnessing the labour dedicated to extracting each bean, I knew I would never take a cup of coffee for granted again. 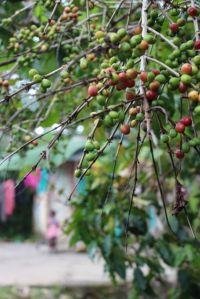 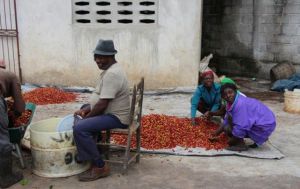 Haiti is an unending series of highs and lows, both figuratively and literally. They have a saying, “Behind each mountain, yet another mountain”, which speaks to Haiti’s many adversities, and the resiliency of her people. She’s loud and brash, but also meek and fragile. Misunderstood, but yearning to belong.

This was one of those adventures where I came back feeling like I knew even less, not only about Haiti, but my own place on this planet, because the things I saw, heard and felt raised questions about so much more.

And for that, I’m grateful.

5 thoughts on “Haiti Bound and Back Again”

Just an hour away - A good reminder to carve out more mountain time...anytime. “Go where you feel most alive.” #mountaintime #reset
Use the search box below to find a particular post or place I've written about: